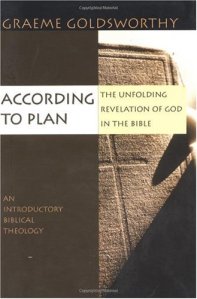 If you want a less technical introduction to Biblical Theology, try Graeme Goldsworthy’s Gospel and Kingdom: A Christian Interpretation of the Old Testament (Exeter: Paternoster, 1981), or his According to Plan: The Unfolding Revelation of God in the Bible (Leicester: IVP, 1991). Goldsworthy’s more advanced work for students and preachers is Preaching the Whole Bible as Christian Scripture (Leicester: IVP; Grand Rapids: Eerdmans, 2000).

Other helpful publications on biblical theological themes include:

T. D. Alexander, From Paradise to the Promised Land: An Introduction to the Main Themes of the Pentateuch (Carlisle: Paternoster, 1995)

I gave some introductory lectures on Biblical Theology at Oak Hill College in London, which can be downloaded from the College’s website. These were for the benefit of people from local churches who were enrolled in our part-time evening course.

My little book on Isaiah (Christ and his People in the Book of Isaiah [Leicester: Inter-Varsity, 2003]), was an attempt to demonstrate how the discipline of Biblical Theology could help preachers move appropriately from the exegesis of passages in Isaiah to a Christian application. In the introductory chapter, I talk about the particular help given to me by Graeme Goldsworthy’s writings and engage also with the significant work by S. Greidanus, Preaching Christ from the Old Testament: A Contemporary Hermeneutical Method (Grand Rapids/Cambride UK: Eerdmans, 1999).

However, almost everything I have written has been influenced by the study of Biblical Theology, in one way or another. In particular, my studies on atonement, sanctification, sexuality, and worship show the value of a whole-Bible perspective, when topics are controversial and alternative ways of looking at the biblical evidence are proposed. 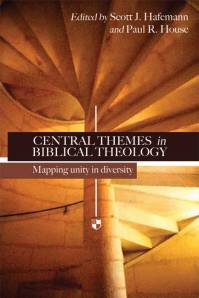 A recent publication edited by Scott J. Hafemann and Paul R. House, Central Themes in Biblical Theology: Mapping Unity in Diversity (Grand Rapids: Baker, 2007), contains essays on various important biblical themes such as covenant, commands, atonement, Servant of the Lord, Day of the Lord, and people of God, which are examined across the Bible as a whole.

A critical review by Paul Sanders reveals the difficulties experienced with this method of biblical interpretation by those who do not hold the same evangelical convictions about the nature of Scripture.